I always get very excited when I get to officiate a weddings. In fact, oftentimes the feeling is almost euphoric. Case and point: when the bride and groom finally see each other face to face and absolutely light up; when the wedding guests are all heartily tracking with the ceremony to bless and support the couple; when everything is perfect in that most special moment of celebrating love, there truly is a very significant feeling that you as the officiant will experience as you are charged with facilitating this precious ceremony toward its zenith: “I now pronounce you as husband and wife”. I think that it is safe to say that sometimes witnessing and celebrating this love kind of will give you a rush and almost make you feel high…

I learned this in a very unique way when I traveled all the way to Scotland to marry my two dear friends Reeco and Laura. Reeco definitely is not from Scotland. He is an island boy from the nation of Barbados and met Laura while serving at YWAM in Los Angeles. Both being talented musicians/vocalists, they would attend my church and sometimes help out with the music on Sundays which is how they initially became close (I’d say I get some credit for the beginning of their relationship). When they got engaged, they asked me to officiate their wedding in Laura’s home country Scotland. Because of my love for the couple and having always wanted to go to Scotland, I think that within five minutes of them asking me I had already purchased my airline ticket.

One thing I learned in my travels is that the Scots are not the hard rugged people we always see portrayed in Braveheart and other films (even though most the guys at the wedding were wearing kilts). The Scots are some of the most kind, gentle and hospitable people I have ever had the joy of visiting and being hosted by. Enter into the story my host family for the weekend: Ian and Rona. They were friends of the bride’s family who lived in a farmhouse out in a country village called Lanarkshire. Their beautiful home overlooked sheep pastures and looked like it was straight out of a storybook. Even though they never had met me before, they were willing to open their guest room, feed me, entertain me and drive me around all weekend. I have to also add that Rona was a killer cook and an even better baker. Her pantry and table overflowed with homemade cookies, breads and cakes that were impossible to say “NO” to.

After a very jetlagged sleep, I awoke on the first day to a breakfast spread that Rona had put out that was fit for a king: coffee, tea, eggs, bacon, toast, jams, cakes and some of the most rich and delicious yogurt I had ever eaten. This breakfast of champions fueled my day all the way to the rehearsal and following rehearsal dinner. After another great night’s sleep I awoke late morning on the day of the wedding to the same breakfast spread. The only difference was that Ian put it on because Rona was in town getting her hair done for the wedding. After eating the same breakfast and polishing off another whole bowl of delicious “yogurt”, I showered, dressed and got on my way to the wedding venue. As I was preparing for the ceremony I noticed on my Fitbit that my heart rate was extremely elevated and that I was also feeling very amped up despite the fact that I had drank only one cup of coffee. After some deep breaths, I managed to get the anxiety under control as the ceremony was beginning. 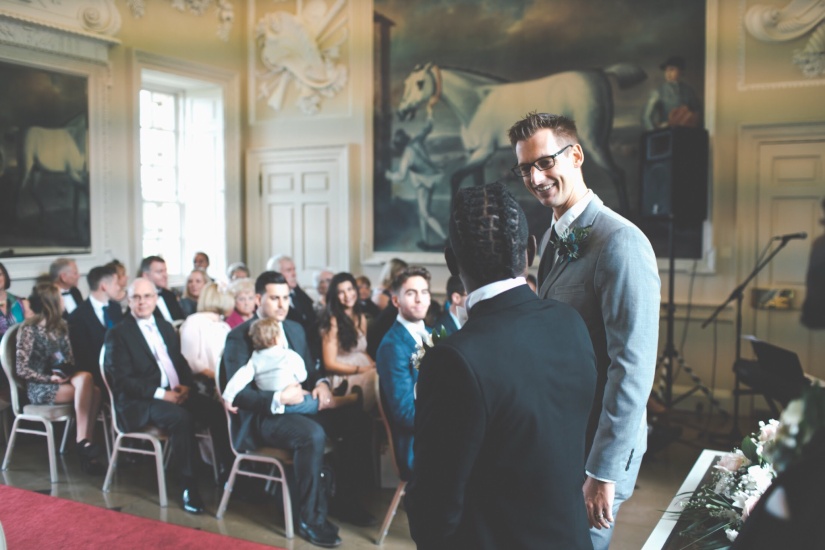 From the moment that Laura walked down the aisle and Reeco saw her for the first time, there was such an overwhelming sense of joy in the room. I began the ceremony and the spiked anxiety quickly transformed into an overwhelming euphoric sense peace and excitement as songs of praise and worship filled the wedding hall and you could feel the tangible presence of God. The laughter and sweet love between the bride and groom as they exchanged vows left all present (even those watching via Facebook live) just feeling great. We signed the wedding certificate, Reeco kissed his beautiful bride and then made our way to the reception. And that was the moment when I absolutely crashed and passed out in the car. 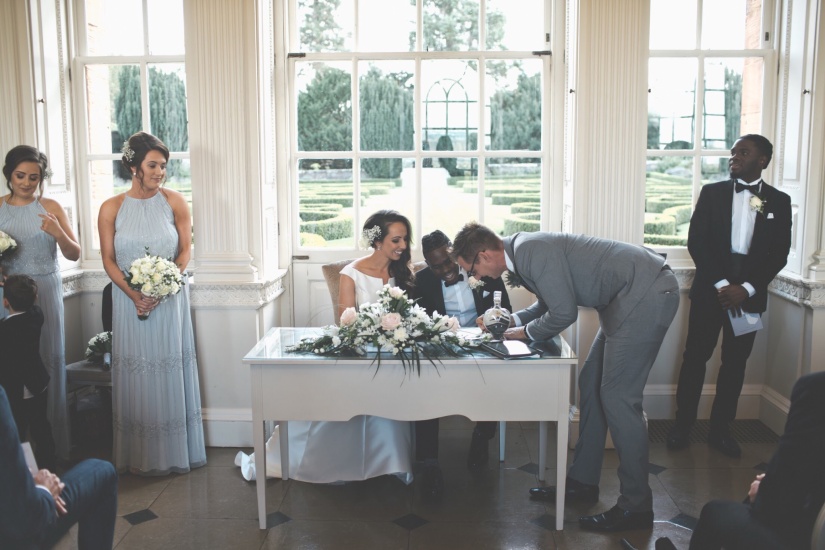 The next day after an amazing wedding party, I gathered with Laura’s family for dinner. As we reflected upon the incredible day we had all just had together, it was brought to my attention that what I had eaten with my breakfast the day before was not actually yogurt. The day after the wedding, Rona was baking the next batch of her famous carrot cake and after foraging through her fridge, she could not find her large bowl of frosting. That’s because the day before, her husband, thinking it was yogurt, served it to me with my breakfast. And I ate the whole thing without raising a single question. Maybe it wasn’t just the love that was in the air that day that made me feel such a rush. Maybe it was also the diabetic dosage of sugar that my body was desperately trying to process as the beautiful couple became man and wife. Regardless, I still believe and know very well that witnessing, experiencing and celebrating love like this will always be a gift to us. And even though it may not always make us feel “high”, this kind of love is meant to bless and transform us like nothing else can or will during our days under the sun! 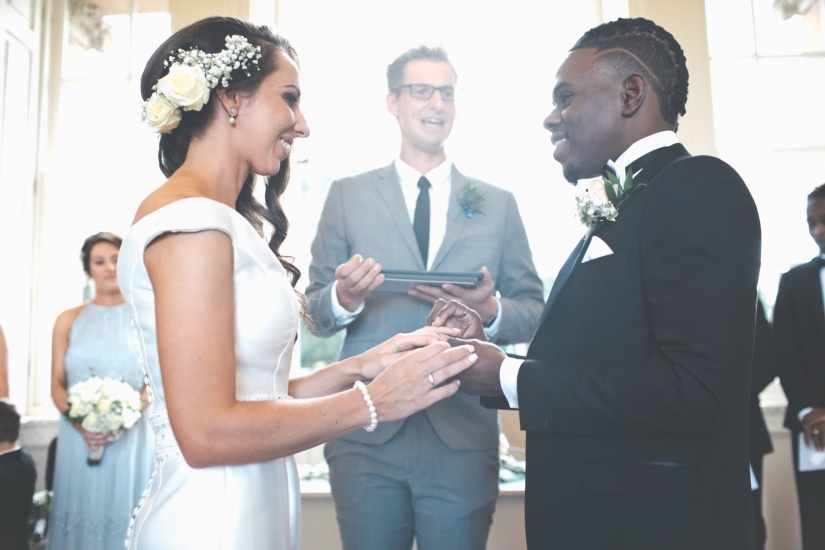 My name is John the Best Day Ever Officiant. The most significant and exciting decision a beautiful and loving couple can make together is to begin their life-long journey by saying "I do". As an ordained minister, my greatest joy is to ensure that this most special decision is filled with all the peace, joy, laughter and love that every couple deserves and longs for on their best day ever. I have been an ordained minister for over five years (both through the International Church of the Foursquare Gospel and Universal Life Church) and have performed over 20 beautiful wedding ceremonies on three different continents. My passion is to highlight the unique love and story that exists between every couple and then craft and perform a ceremony that honors, celebrates and blesses that union that only grows with time. As a couple, whether you prescribe to a specific faith or none at all, my approach is fun, joyful and personal to honor your partnership, tell your story and also, to center all who are present on your day to celebrate the gift of your love. As a couple, you are beautifully unique and deserve to have the kind of ceremony that truly honors your love and story. I would love to get to know you as a couple and would be honored to help make your "I DO" day truly the best day of your lives together! View all posts by John Candler